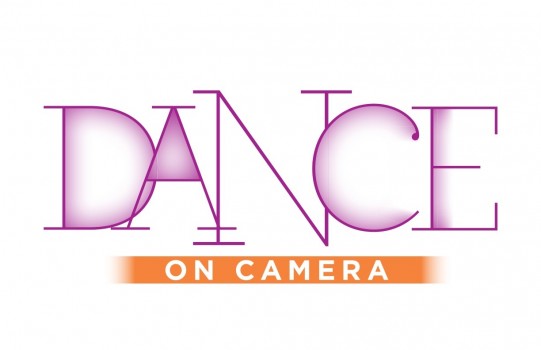 The Film Society of Lincoln Center and Dance Films Association announce the 41st edition of DANCE ON CAMERA February 1-5, 2013

“A Dance of Light: Forty-Years of Self-Portraits by Arno Rafael Minkkinen,” photography exhibit will be on display

New York, NY, December 5, 2012 – The Film Society of Lincoln Center and Dance Films Association today announced the lineup for the 41st edition of Dance on Camera. Taking place February 1-5, the dance-centric film festival returns to the Film Society for the 17th consecutive year with an exciting and diverse array of dance films, including several premieres. This year’s selections range widely in subject and genre beginning with the Opening Night presentation of Alan Brown’s youthful, sexy contemporary coming of age film, FIVE DANCES, with stunning choreography by Jonah Bokaer. Closing Night honors will be shared by Sylvie Collier’s charming documentary TO DANCE LIKE A MAN, featuring the first known Cuban identical boy triplets – 11-year-old students at the National Ballet School in Havana, and Andrew Garrison’s TRASH DANCE inventive choreographed “dance” of Austin, Texas garbage collectors. “Dance on Camera is an exuberant hybrid. Its roots hold the seeds of innovation inherent in the concept of combining dance with cinematography in ways that alter one’s perception of both mediums,” said Joanna Ney, co-curator of the Dance on Camera Festival. “While recorded dance has its place, this year we are reaching beyond  traditional genres to encompass ideas we have not explored before, with programs devoted to ice dancing, the body’s relationship to landscape and music, and the fusion of choreography and narrative in non- verbal ways.” The festival will make its first foray into the glamorous and virtuosic genre of ice dancing, as it captures the artistry of the Ice Theatre of New York, the nation’s premier ice dance company, through film excerpts and a personal appearance by Dick Button and other guests. Another first for Dance on Camera is the focus on music as it relates to dance, through a program of Music Videos from Sigur Rós’ newest album “Valtari,” as well as Kimmo Koskela’s feature-length music documentary, SOUNDBREAKER: THE WORLD OF KIMMO POHJONEN, which explores the creative process of the internationally known Finnish accordion player and composer whose approach to this traditional instrument is anything but traditional, as he breaks all rules and pushes the boundaries about as far as they can go. Additional highlights includ the 50th anniversary of Francisco Rovira Beleta’s great flamenco film, LOS TARANTOS starring Antonio Gades and Carmen Amaya, as well as a salute to Shirley Clarke, the pioneering New York filmmaker best known for her rhythmic and intense explorations of Bohemian life (THE CONNECTION, THE COOL WORLD) and a special look at film legend and innovator Busby Berkeley. Clarke will be honored in two programs that focus on her artistic life as a dancer/choreographer with a showing of her short dance films made in the 1950’s, as well as André Labarthe’s documentary ROME IS BURNING (1970), which include cameos by Jonas Mekas and Yoko Ono, and Donna Cameron’s SHIRLEY CLARKE: IN OUR TIME, a collaboration between the two artists made toward the end of Clarke’s life. Berkeley appears in a Cineastes of our Times documentary from 1971. In the film, Berkeley reveals exactly how he shot some of his most spectacular dance numbers in classic Hollywood films such as FORTY SECOND STREET and GOLDDIGGERS OF 1933 in a surprisingly candid interview conducted toward the end of his life. “Since dance films are ever evolving, we hope that this year’s programs will allow audiences new ways to experience dance on camera. We’ve selected films and programs that are currently stretching the boundaries of the art form, and invited filmmakers who are using dance on camera and new media in an innovative ways,” says Dance on Camera Festival co-curator Liz Wolff. In connection with the Dance on Camera Festival, “A Dance of Light: Forty-Years of Self-Portraits by Arno Rafael Minkkinen,” an exhibit of striking black and white images by Finnish/American photographer Arno Rafael Minkkinen, will be presented in the Furman Gallery of the Walter Reade Theater beginning January 25 through February 5. These works reflect this adventurous artist’s preoccupation with portraiture and landscape, which he has been exploring for many years. Minkkinen is a Finnish-American artist born in Helsinki, raised in New York, internationally published and exhibited. His works appear in many prominent museums and private collections. Knighted in his native Finland, Minkkinen is a professor of art at the University of Massachusetts at Lowell and a docent at University of Art and Design in Helsinki. Minkkinen will also present a segment from THE RAIN HOUSE, his latest film collaboration with Kimmo Koskela, the director of SOUNDBREAKER: THE WORLD OF KIMMO POHJONEN. Osvaldo Da Silva of Barry Friedman LTD assisted making the presentation possible. Examining dance film beyond the movie theater screen, Dance on Camera will also feature an installation of short dance films at 25CPW Gallery showcasing the work of Diego Agudo Pinilla, among others as well as a special screening that explores dance films in both commercial and artistic contexts with filmmaker, choreographer and Bessie Award winning performer, Celia Rowlson-Hall and conceptual video artist, Brian Gonzalez. Dance on Camera is made possible with the support of the National Endowment for the Arts, New York State Council on the Arts, New York City Department of Cultural Affairs, the Jerome Robbins Foundation, Spain Culture New York-Consulate General of Spain: member organization of the network Spain Arts and Culture, Consulate General of Finland, the Susan Braun Trust, and DFA members. Tickets go on sale Thursday, January 24 at the Elinor Bunin Munroe’s box office and the Walter Reade Theater’s box office and online at FilmLinc.com. Discounts on tickets are available for students, seniors, Film Society and Dance Film Association members. Everyone can enjoy special package discounts. For more information visit FilmLinc.com. Public Screenings will be held at the Elinor Bunin Munroe Film Center (located at 144 West 65th Street). The photo exhibit is at The Freida and Roy Furman Gallery (located at 165 West 65th Street). The gallery showcase and installation is at 25CPW (25 Central Park West at 62nd Street). PRESS SCREENINGS FOR THE 2013 EDITION OF DANCE ON CAMERA WILL TAKE PLACE JANUARY 14-17. DETAILS TBA.

FILM DESCRIPTIONS & SCHEDULE FOR THE 2013 DANCE ON CAMERA